Frieda Caplan has introduced us to a world of new tastes

There was a time when spitting out watermelon seeds was a necessity, not sport. Back then, kiwifruit was known as Chinese gooseberries, sugar plums were only found in dreamy visions and only a scant few knew how to cook a spaghetti squash. Many still don’t know.

Yet, thanks to a young woman determined to make a name in the produce business, thousands of Americans today enjoy fruits and vegetables once thought too exotic for Americans’ dinner plates and palates. Seedless red watermelon? Guava? Jicama? Heirloom tomatoes? Never heard of them until Frieda Caplan came along.

Through part chance, part luck and a bit of timing, Caplan became a produce queen and feminist pioneer, someone growers turned to when they wanted to sell their unusual goods. All they had to do was find the only person on the floor of the L.A. Produce Market in downtown Los Angeles dressed in heels and a skirt.

“Since there was no other woman in the produce business at my level, I got a lot of attention,” said Caplan, who initially took a job as a secretary for Giumarra Brothers Fruit Company.

Founder Frieda Caplan is responsible for the things we eat.

Caplan didn’t garner the attention simply because of her gender or the fact she knew the difference between iceberg and romaine lettuce. She was a savvy marketer who quickly found out that consumers would adapt to new food items if they were available.

“When my mom started, she was just looking for a job to help make ends meet,” said Karen Caplan, the oldest of Frieda’s two daughters. “She was the first woman in that field and was open-minded.”

Frieda Caplan spent long hours at the produce mart selling and dealing at her own produce booth, while her late husband, Alfred Hale Caplan, a labor relations consultant, minded the home and their two daughters. His selfless act is the reason she has continued to fund a $2,000 music scholarship at Long Beach State after he passed in 1998. Opera was her husband’s favorite music, not hers.

“I made it into an opera scholarship for a reason,” Caplan said. “My husband made the first contribution to the scholarship and it was to opera.”

Over the years, Caplan’s appreciation for opera grew and she financially helped a former Long Beach State music student. Her willingness to help others started long before her company, Frieda’s Inc., became a successful specialty produce company. But her success didn’t happen overnight.

Caplan’s journey into produce began in the late 1950s, when her boss went on vacation and asked if she would fill in as cashier on the selling floor.  While handling sales, she spied fresh brown mushrooms and listed the company on a Thanksgiving Day ad as a wholesaler who could provide the then-gourmet food. A local market chain put in an order, larger than Frieda could deliver.

Caplan was not deterred and packed up her young daughter, Karen, into the family station wagon and drove to a mushroom farm in Orange County. She helped the farmers pack the vegetables and by the end of the day, Frieda left with 500 pounds of mushrooms and the respect of wholesalers and growers throughout the region.

Caplan’s tenacity propelled her to the forefront of the produce business and whenever a grower had an unusual item to sell or a market put in a request for never-heard-of produce, they all heard the same thing: “Go ask Frieda.”

Her reputation as someone willing to market strange items grew. When a Safeway store in Salt Lake City was looking for Chinese gooseberries, a fruit from New Zealand, the local buyer stopped at Caplan’s booth.

“Everyone said, go ask Frieda, because she handles odd things,” Caplan said. “When they came to me, I said I’ll look for it.” 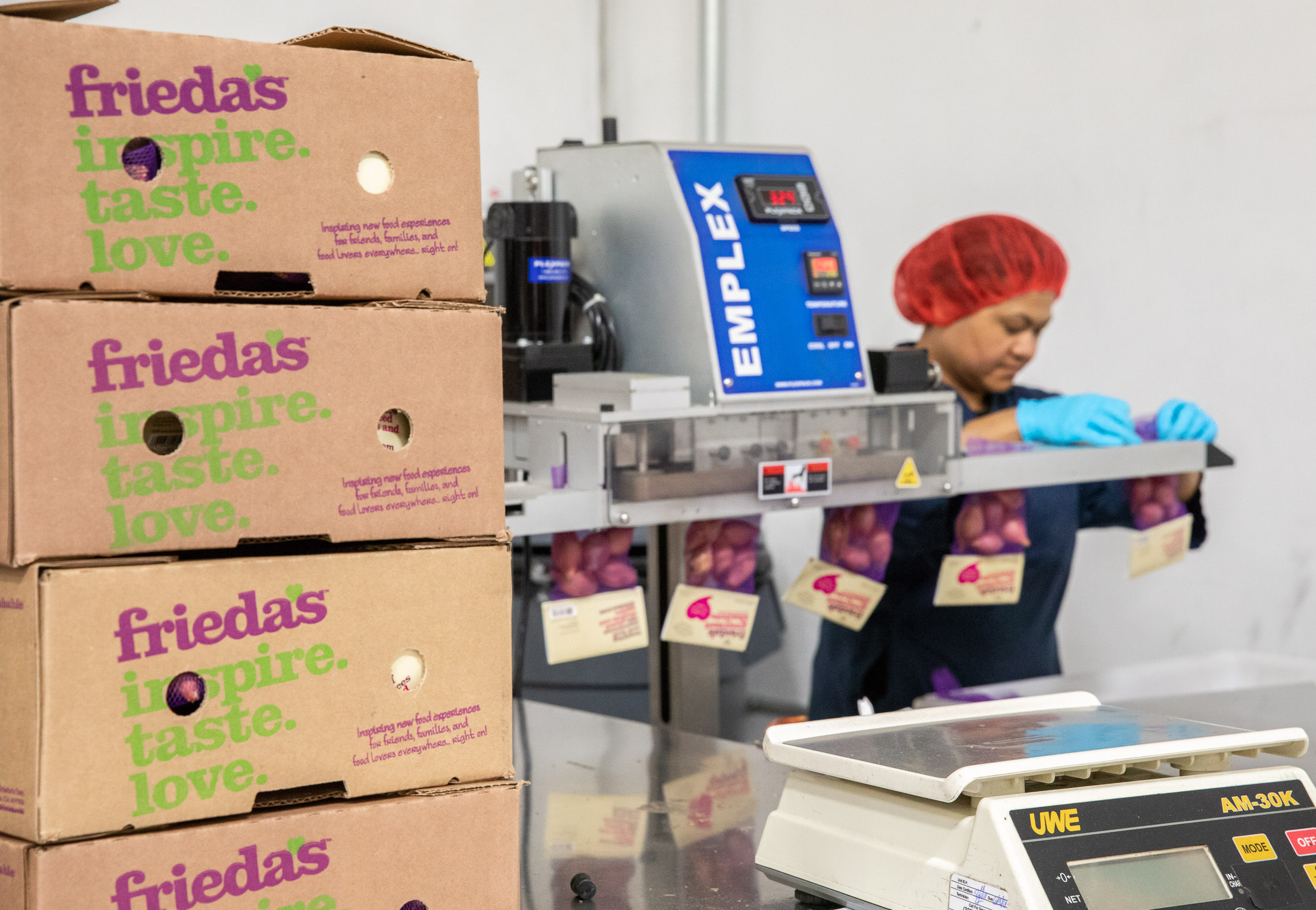 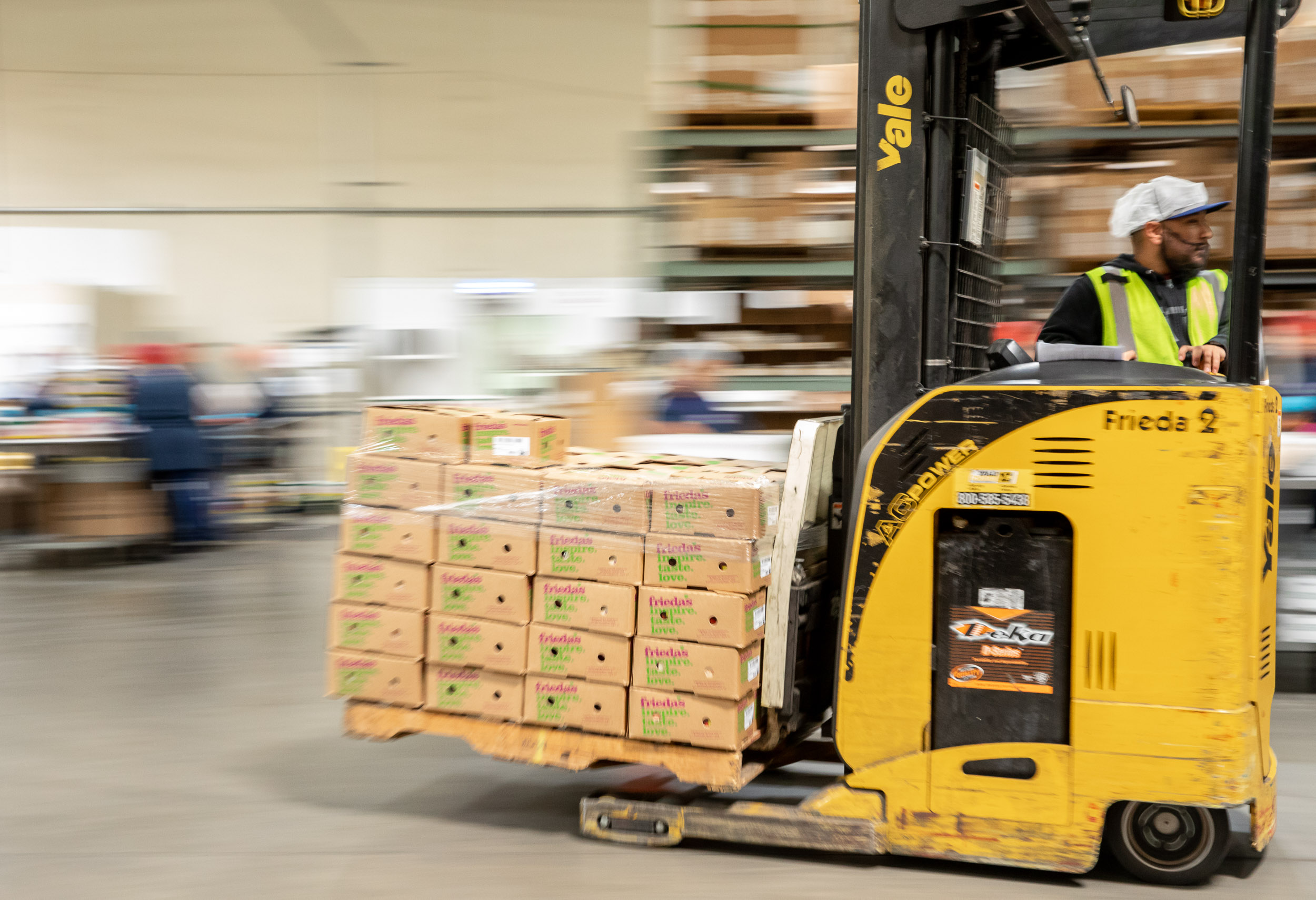 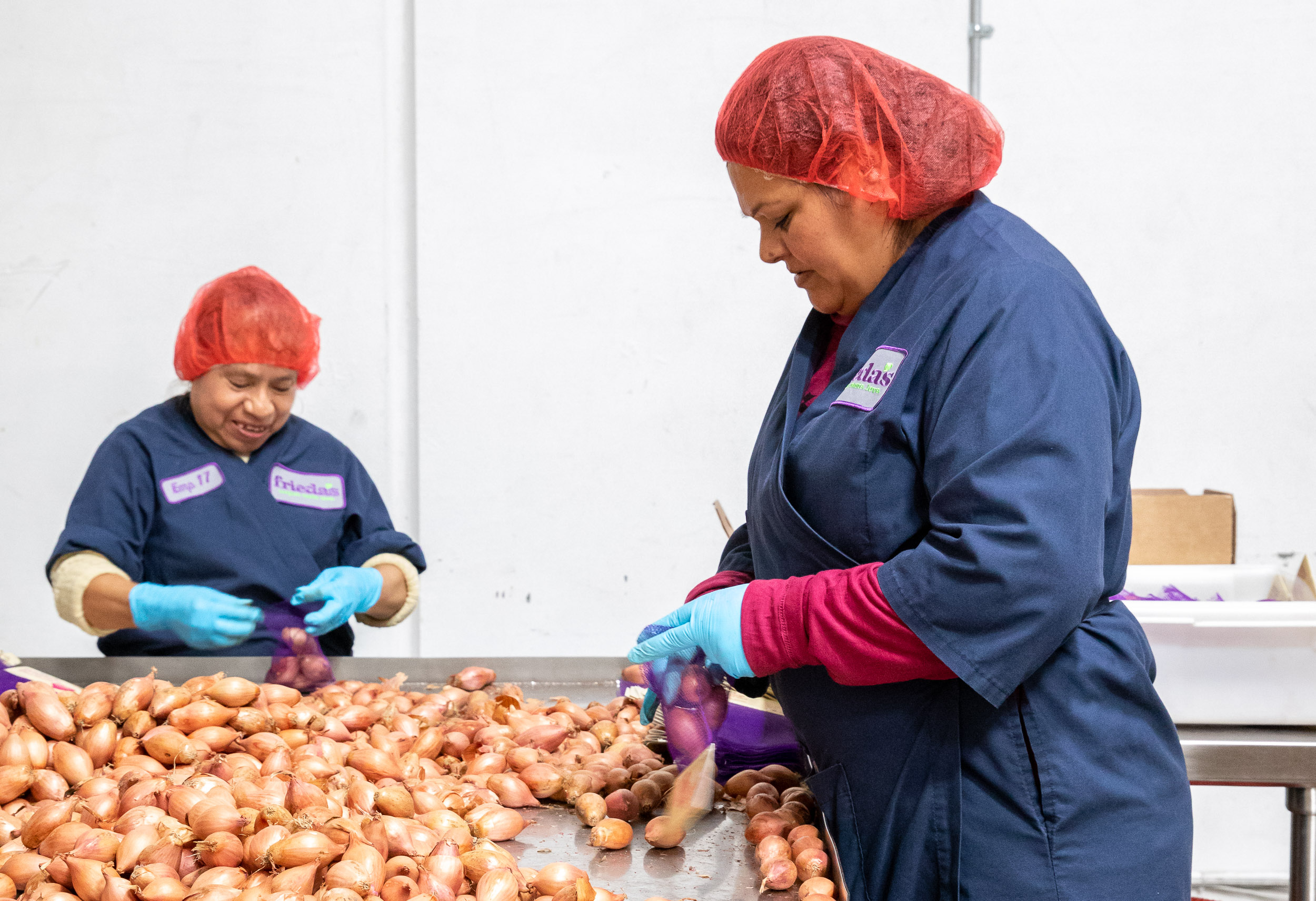 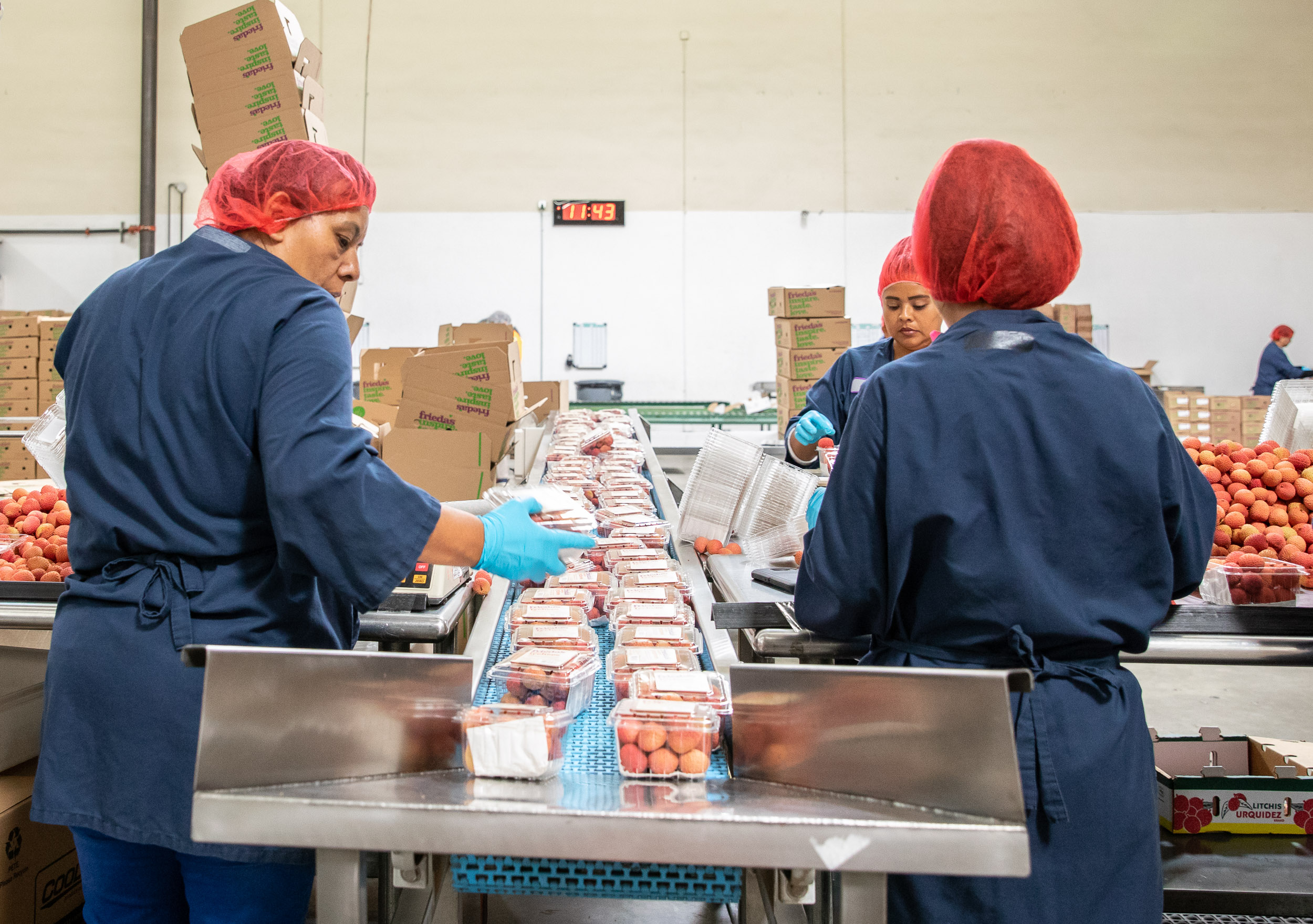 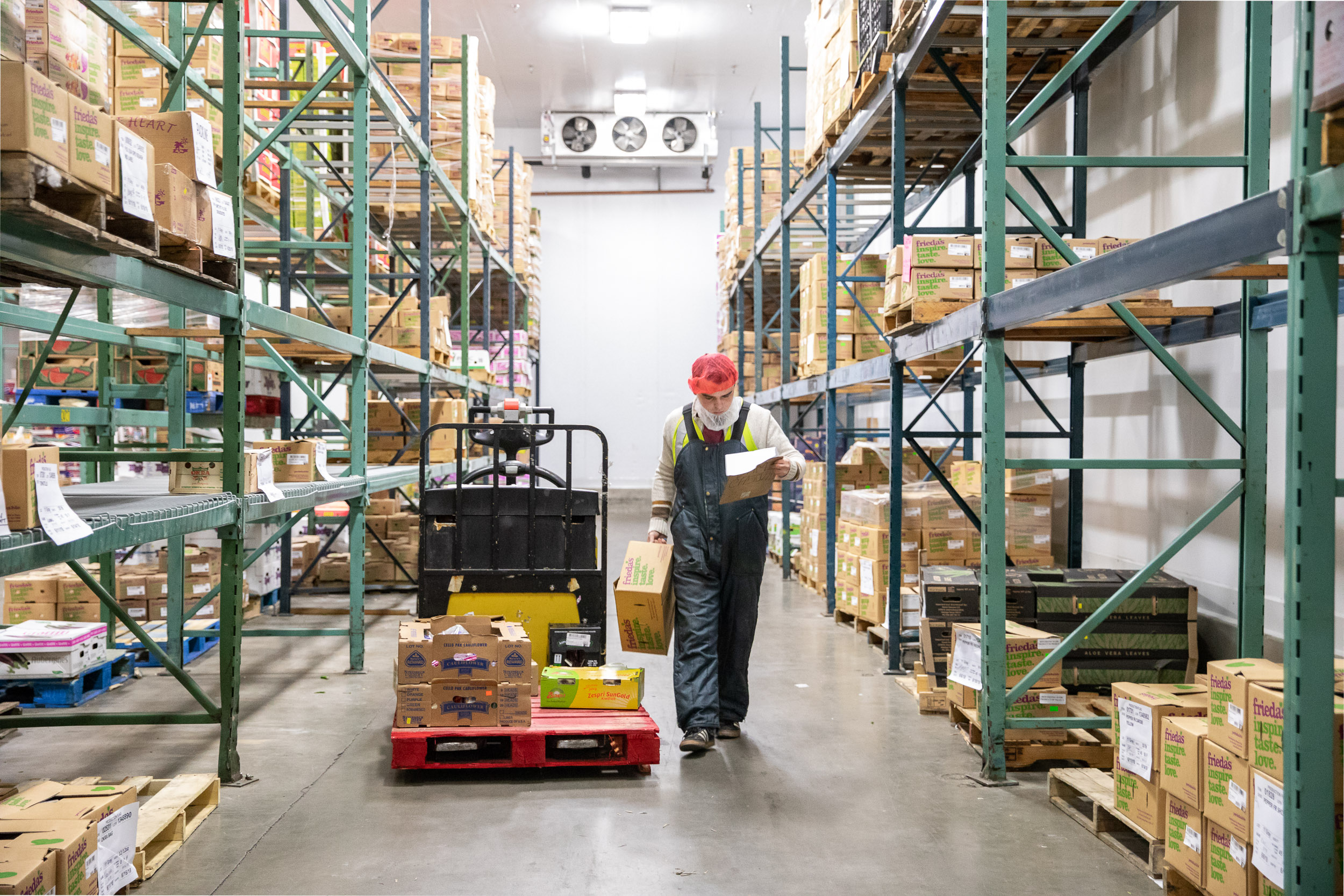 The funny-looking fruit sat on the stand for four months before Caplan began to wonder why no one was buying them.

“I said it’s tough to sell something called Chinese gooseberries and they are not attractive,” she said. “I thought they looked just like the Kiwi bird – brown and fuzzy — so I said I will rename it the kiwifruit. That was chance.”

It took 18 years for kiwifruit to become a staple at grocery stores across the United States, eventually becoming just one of more than 200 fruits and vegetables Caplan introduced to American taste buds.

“So many opportunities came to my mom and she didn’t say ‘yes’ because she was going to get something,” Karen Caplan said. “She said ‘yes’ because she that’s what she did and she had a little bit of intuition.”

Five years shy of the century mark, Frieda Caplan still shows up daily at the Los Alamitos office, where she overseas invoices and welcomes the next big thing in produce. Three years ago, Frieda’s introduced a purple sweet potato, a Northern California variety she helped develop. She said it’s one of her favorites. She loves the color purple.

In 1986, Caplan turned over the family business to her daughters Karen, who is president, and Jackie is chief operating officer. Karen’s oldest daughter, Alex, works in marketing at Frieda’s Inc.

The sisters bought the company in 1990, continuing the legacy of the predominantly all-female company.